This sale is for DMT: The Spirit Molecule (2010) starring Joe Rogan on DVD.

Director: Mitch SchultzWriters: Mitch Schultz, Rick StrassmanStars: Joe Rogan, Ralph Abraham, Joel BakstSummary: The Spirit Molecule investigates dimethyltryptamine (DMT), an endogenous psychoactive compound, which exists in humans and numerous species of plants and animals. The documentary traces Dr. Rick Strassman's government-sanctioned, human DMT research and its many trials, tribulations, and inconceivable realizations. A closer examination of DMT's effects through the lens of two traditionally opposed concepts, science and spirituality, The Spirit Molecule explores the connections between cutting-edge neuroscience, quantum physics, and human spirituality. Strassman's research, and the experiences of the human test subjects before, during, and after the intense clinical trials, raises many intriguing questions. A variety of experts voice their unique thoughts and experiences with DMT within their respective fields. As Strassman's story unfolds, the contributors weigh in on his remarkable theories, including the synthesis of DMT in our brain's pineal gland, its link to near-death & ... Written by Mitch Schultz
Also known as: DMT: The Spirit Molecule (on a region-free DVD).

Be the first to review “DMT: The Spirit Molecule (2010) starring Joe Rogan on DVD” Cancel reply 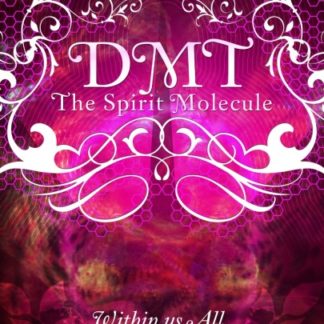