This sale is for Devlin (1992) starring Bryan Brown on DVD.

5.6
Director: Rick RosenthalWriters: Roderick Thorp, David TaylorStars: Bryan Brown, Roma Downey, Lloyd BridgesSummary: When a mayoral candidate is assassinated in New York, Frank Devlin has more than a professional interest in the case: Devlin and the candidate's father are bitter enemies. The investigation quickly takes a deadly turn when Devlin finds he's the fall guy in an elaborate setup, and is now the prime suspect in the killing. Double-crossed, pursued by both the police and the mob, Devlin must solve the murder before he becomes the next victim of a cover-up that extends to the highest levels of the city's government. Written by Richard Siote <[email protected]>
Also known as: Devlin (on a region-free DVD). 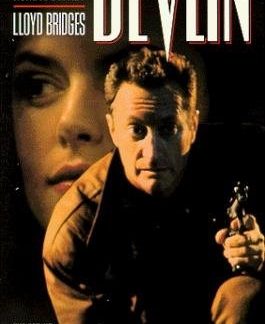