This sale is for Detroit Hoopz (2005) starring Mike Allen on DVD.

5.8
Director: Lisa CarterWriters: Lisa Carter, Char FordeStars: Mike Allen, Amil, Julius AustinSummary: A young drug hustler is hiding where no one will ever find him...... Behind his High school basketball jersey! Erick Powell (played by Allen Shepard), is a high school baller caught up in a dangerous web of deceit. Erick practices his own deadly brand of street balling. He sets up drug deals, then robs and kills the dealers. But when discovered by Lamar Allen (played by Lamar Pickett). who lives in his neighborhood, he tries to pin the murders on him. Written by Lee
Also known as: Detroit Hoopz (on a region-free DVD). 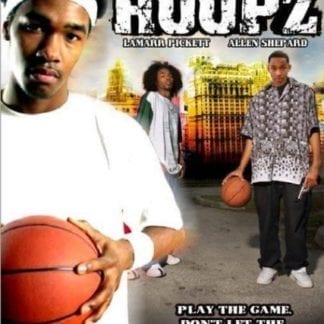