This sale is for Derrida’s Elsewhere (1999) with English Subtitles on DVD.

7.9
Director: Safaa FathyStars: Jean-Luc Nancy, Jacques DerridaSummary: An exploration of the man and his ideas, DERRIDA'S ELSEWHERE investigates the parallels between the personal life and the life work of arguably the most important philosopher of the 20th Century, Jacques Derrida. We follow Derrida around his home, office, in the classroom and on his travels as he speaks of the suffering, the challenges and the questions that have conditioned his thought since his childhood in Algeria. The film is woven around readings from Derrida's book Circumfession, evoking a number of seemingly disparate themes including hospitality, religion, sexuality and the place of the subject in philosophy. Derrida shows us the common thread he perceives running though them: responsibility. Incorporating related imagery, DERRIDA'S ELSEWHERE uses footage of the places Derrida knew in his childhood and adolescence in Algeria, photos of his life there, super-8 footage from the 1960's and 70's, and images from Spain. The transitory nature of Place is a concept that has occupied ... Written by leila-59
Also known as: Derrida's Elsewhere (on a region-free DVD). 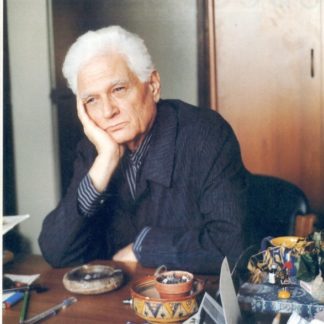