7.5
Director: Hans Burger, Billy WilderWriters: Hans Burger, Oskar SeidlinStars: Anton ReimerSummary: Originally made with a German soundtrack for screening in occupied Germany and Austria, this film was the first documentary to show what the Allies found when they liberated the Nazi extermination camps: the survivors, the conditions, and the evidence of mass murder. The film includes accounts of the economic aspects of the camps' operation, the interrogation of captured camp personnel, and the enforced visits of the inhabitants of neighboring towns, who, along with the rest of their compatriots, are blamed for complicity in the Nazi crimes - one of the few such condemnations in the Allied war records. Written by National Center for Jewish Film
Also known as: Death Mills (on a region-free DVD). 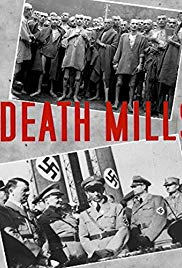