This sale is for De vlaschaard (1985) with English Subtitles on DVD.

6.4
Director: Jan GruyaertWriters: Jan Gruyaert, Susana RossbergStars: Vic Moeremans, Rene Van Sambeek, Marc PeetersSummary: In a part of Flanders where flax is the main crop, farmer Vermeulen rules his estate like an 'old school' patriarch, stern and authoritarian, nobody else's word is ever taken seriously, just scolded fools, he rather risks being wrong then considering any advice. His marriage is based on a grim understanding: the wife Barbele accepts his heartless manner with everyone, even their studious, smart, healthy, studly son and heir Louis, but his two silly sisters are spoiled with a pointless fancy nunnery boarding school education fit for the upper classes. Farm-life is hard enough, laboring without machines or reliable weather, but this year the stubborn master made it even worse by picking the riskier, badly drained field and sowing later then his neighbors, even when luck turns he'll fetch a lower price for it. Poor practically perfect Louis is granted neither praise, respect nor any pleasure, however hard and well he slaves, obedient like the hired farmhands although well-read. Even ... Written by KGF Vissers
Also known as: De vlaschaard (on a region-free DVD). 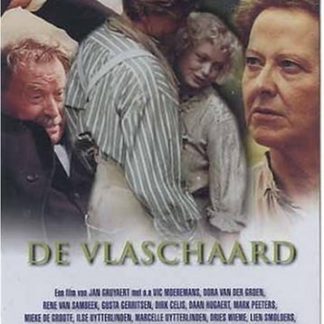