This sale is for Dark Souls (2010) with English Subtitles on DVD.

Director: César Ducasse, Mathieu PeteulWriters: César Ducasse, Mathieu PeteulStars: Johanna Gustavsson, Kristian Holter, Ida Elise BrochSummary: A young girl, Johanna Ravn, is jogging in the woods, when she's suddenly attacked by a man in an orange jumpsuit. Her assailant drills a hole in her skull and leaves her for dead. When the police calls Johanna's father, Morten Ravn, to ask him to identify his daughter's body in the morgue, he tells them that she has just walked in and is sitting in front of her PC. But there's something wrong with Johanna. Black oil is flowing from her eyes and the only message she's able to type on her screen is one long cry for help. She's in a state of decay, and she's not the only one. All over town, people are attacked by men in orange jumpsuits with electrical drills. The victims all suffer from the same symptoms, with their bodies slowly disintegrating in front of their loved ones. Frustrated with the lack of results from the local police, Morten takes it on himself to investigate the attacks and tracks the killer back to his hideout in secluded manufacturing plant where he begins to uncover ... Written by Anonymous
Also known as: Dark Souls (on a region-free DVD). 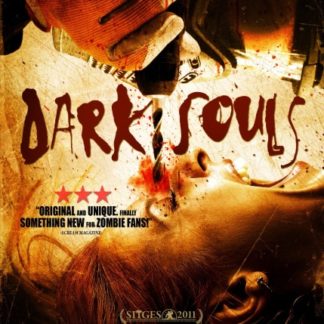