Dark Night of the Scarecrow (1981) starring Charles Durning on DVD


This sale is for Dark Night of the Scarecrow (1981) starring Charles Durning on DVD.

6.8
Director: Frank De FelittaWriters: J.D. FeigelsonStars: Charles Durning, Robert F. Lyons, Claude Earl JonesSummary: In a small country town, the developmentally-disabled Bubba Ritter has the mentality of a child and is the best friend of a young local girl. When the girl trespasses the yard of a house and is attacked by a dog, Bubba saves her but is wrongly accused of killing her by her mother. The postman, Otis P. Hazelrigg, joins three other vigilante friends of his and the four execute the poor man (who was disguised as a scarecrow in a cornfield). They forge some evidences that Bubba had attacked them, and they go to trial but they are declared not guilty. They are immediately released, but justice comes from beyond the grave and the men are mysteriously killed, one by one, as revenge by the scarecrow. Written by Claudio Carvalho, Rio de Janeiro, Brazil
Also known as: Dark Night of the Scarecrow (on a region-free DVD). 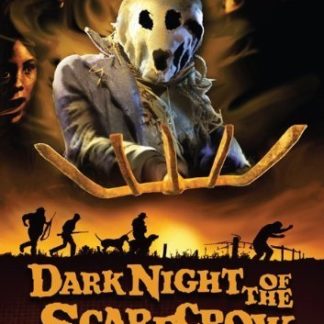