This sale is for Darby’s Rangers (1958) starring James Garner on DVD.

6.4
Director: William A. WellmanWriters: Guy Trosper, James J. AltieriStars: James Garner, Etchika Choureau, Jack WardenSummary: Highly fictionalized account of the formation of the US Army's First Ranger Battalion in World War II and their first commanding officer Major (later, Lieutenant-Colonel) Orlando Darby. The idea was to create a US unit along the lines of the British commandos. In this account, which focuses on several fictional characters, the story is initially on their training in Scotland and the lives and loves their encounter while there. Their first combat mission was in the invasion of North Africa in 1942, followed by the invasion of Sicily and then Italy itself, including the amphibious landing at Anzio. Written by garykmcd
Also known as: Darby's Rangers (on a region-free DVD). 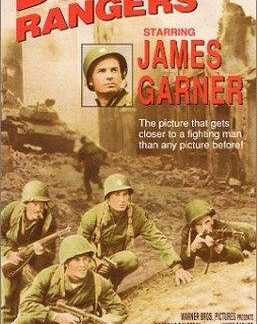