Dan Oniroku nawa to hada (1979) with English Subtitles on DVD


This sale is for Dan Oniroku nawa to hada (1979) with English Subtitles on DVD.

6.8
Director: Shôgorô NishimuraWriters: Oniroku Dan, Isao TakagiStars: Naomi Tani, Junko Miyashita, Yuri YamashinaSummary: Okoma (literally, Red Cherry) was a woman gambler until she retired from the yakuza world. Two years later, she returns home, and finds that the big boss has been assassinated and his daughter is having trouble keeping things in line against the rival gang headed by the men who killed her father. Okoma decides to avenge her former boss and help his daughter, a former friend of hers. She recruits her own gang, starting with an expert knife-fighter, her former lover. After a fight, the new Gang Leader captures and tortures Okoma sadistically. Written by Artemis-9 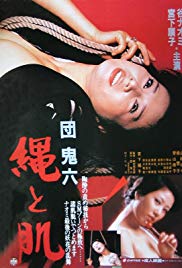