This sale is for Dad Savage (1998) starring Patrick Stewart on DVD.

5.9
Director: Betsan Morris EvansWriters: Steve WilliamsStars: Patrick Stewart, Kevin McKidd, Helen McCrorySummary: A wealthy, successful, East Anglian tulip grower, Dad Savage is also something of a godfather in the local criminal fraternity, but doesn't trust banks to take care of his money. On recommendation from his son, Sav, Dad hires two of Sav's unemployed school friends, Bob and Vic, to help with the business and the crime. After some careless talk from Harold, just known as "H", about Dad's pension fund, Vic and Bob decide to steal the money from Dad if they can find it. The plans to liberate the money go awry and Sav is killed requiring Bob to call upon his sister Chris to rescue them. Dad intercepts their escape and forces a showdown to try to determine exactly the events of the night in order to identify his son's killer. Written by Mark Smith <[email protected]>
Also known as: Dad Savage (on a region-free DVD). 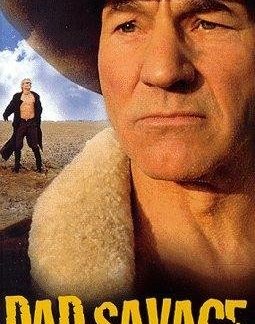