Cult of the Cobra (1955) starring Faith Domergue on DVD


This sale is for Cult of the Cobra (1955) starring Faith Domergue on DVD.

Director: Francis D. LyonWriters: Jerry DavisStars: Faith Domergue, Richard Long, Marshall ThompsonSummary: While stationed in Asia, six American G.I.'s witness the secret ritual of Lamians (worshipers of women who can change into serpents). When discovered by the cult, the High Lamian Priest vows that "the Cobra Goddess will avenge herself". Once back in the United States, a mysterious woman enters into their lives and accidents begin to happen. The shadow of a cobra is seen just before each death. Written by Scott Blacksher
Also known as: Cult of the Cobra (on a region-free DVD). 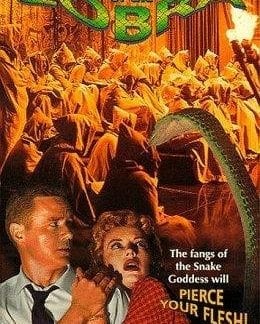