6.9
Director: Bill MasonWriters: Bill MasonStars: Bill MasonSummary: This feature-length documentary from Bill Mason imparts his affection for the big northern timber wolves and the pure-white Arctic wolves. Filmed over three years in the Northwest Territories, British Columbia, the High Arctic and his home near the Gatineau Hills in Quebec, Mason sets out to dispel the myth of the bloodthirsty wolf. Going beyond the wolf's natural habitat, Mason relocated three young wolves to his own property and was able to film tribal customs, mating and birth. As a result, Cry of the Wild offers viewers access to moments in wildlife never before seen on film. Written by brtndr
Also known as: Cry of the Wild (on a region-free DVD). 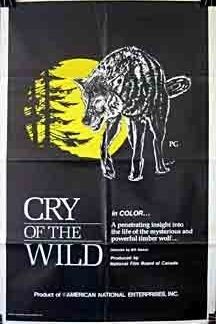