This sale is for Criminal Lawyer (1937) starring Lee Tracy on DVD.

5.9
Director: Christy Cabanne, Edward KillyWriters: G.V. Atwater, Thomas LennonStars: Lee Tracy, Margot Grahame, Eduardo CiannelliSummary: Barry Brandon, a criminal lawyer, visits the night club of Denny Larkin, his primary client, with Betty Walker, a spoiled society girl. The police raid the club and Brandon pleads that the whole group is guilty, just to get even with Larkin for a rebuke. On the same night in court, Madge Carter is on trial for disorderly conduct, and Brandon volunteers to defend her, and proves the case against her if a frame-up. Finding that she is penniless, Brandon hires her as his secretary, and falls in love with her. Brandon is appointed district attorney and has ambitions of becoming the state governor. Having dinner at Betty's home, she maneuvers him, while he is drunk, into marrying her. Later, Madge is a witness when Larkin shoots down a fellow gangster. By threatening Brandon's life, he forces her to commit perjury at his trial, and say he fired in self-defense. Brandon, the prosecuting attorney (who has had his marriage to Betty annulled) knows she is lying but doesn't know why. Written by Les Adams <[email protected]>
Also known as: Criminal Lawyer (on a region-free DVD). 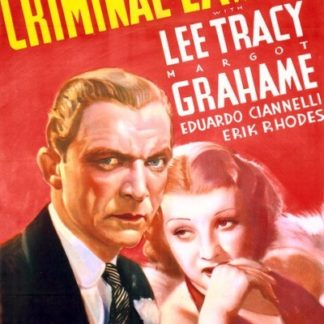