This sale is for Crazy Hong Kong (1993) with English Subtitles on DVD.

4.4
Director: Wellson ChinWriters: Ed Kong, Chun-Wai LauStars: N!xau, Carina Lau, Cecilia YipSummary: The gods are still crazy after all these years! "Crazy Hong Kong" (1993), also known as "The Gods Must Be Crazy IV", finds N!xau, the bushman star of the classic comedy "The Gods Must Be Crazy" (1980) and its sequel "The Gods Must Be Crazy II, accidentally hitching a ride with a Chinese businesswoman from the African plain to her home in the wilds of...Hong Kong! With only his natural instincts and desert-honed survival skills, the intrepid Bushman evades a gang of diamond thieves and stumbles into one comic mishap after another as he tries to find his way back home. Written by trivwhiz 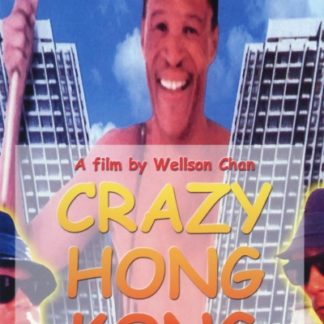