View cart “Beautiful (2000) starring Minnie Driver on DVD” has been added to your cart.


This sale is for Cracking Up (1983) starring Jerry Lewis on DVD.

6.1
Director: Jerry LewisWriters: Jerry Lewis, Bill RichmondStars: Jerry Lewis, Milton Berle, Sammy Davis Jr.Summary: Warren Nefron is a hopeless klutz who has some of the worst luck in the world: when he tries to end it all with a foolproof suicide plan, he still manages to mess it up. In desperation, he goes to a psychiatrist to see if there is some way for him to end his troubles. As the doctor talks with him, the film cuts to a series of shorts about scenes from Nefron's life, and the lives of the people around him. Written by Jean-Marc Rocher <[email protected]>
Also known as: Cracking Up (on a region-free DVD). 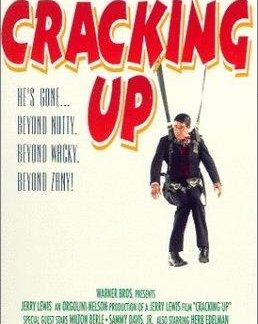