Coolie (1983) with English Subtitles on DVD


This sale is for Coolie (1983) with English Subtitles on DVD.

6.6
Director: Manmohan Desai, Prayag RajWriters: Smt. Jeevanprabha M. Desai, Kader KhanStars: Amitabh Bachchan, Waheeda Rehman, Rishi KapoorSummary: A wealthy, but evil man named Zafar Khan, has fallen in love a girl named Salma and wants to marry her, but she and her father do not let him. Zafar is arrested for various crimes and is imprisoned for 10 years, but when he is discharged, he sees that Salma is married to a good man named Aslam Khan. Zafar Khan, wants to convince Salma to marry him but Salma refuses. Zafar plots his revenge by flooding the region in which Salma lives in, killing her father, injuring Aslam and Salma, causing her to lose her memory. During this catastrophe, Salma is also separated from her young son, Iqbal. Zafar abducts Salma and tells the world she is his wife. He also adopts an infant from an orphanage in Kanpur, a boy named Sunny, for Salma to raise on the advice of a psychiatrist. Meanwhile, Iqbal is reunited with his uncle, who has lost his wife and son in the flood. The uncle will raise Iqbal as his own, as they have no more family. Years pass, and Iqbal and his uncle work as coolies. Iqbal has ... Written by gavin ([email protected])
Also known as: Porter (on a region-free DVD). 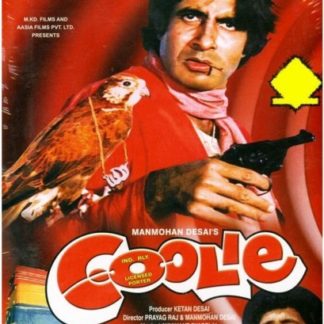