Choke (1999) with English Subtitles on DVD


This sale is for Choke (1999) with English Subtitles on DVD.

7.5
Director: Robert Raphael GoodmanWriters: Larry GolinStars: Dale Cook, Wayne Emons, Gerard GordeauSummary: The fight ends when someone quits or is knocked unconscious. Don't look to the referee for help. If you get into trouble, your opponent will break your elbow, knee you in the head, or choke you out. This isn't ancient Greece or Rome. This is Rio de Janeiro, Tokyo, or New York. The time is now. Welcome to the world of no-holds-barred freestyle fighting...the fastest growing "sport" in the United States, Brazil, and Japan. CHOKE follows undisputed World Freestyle Fighting Champion Rickson Gracie as he prepares to defend his title in a one-night, single elimination tournament where the winner will fight 3 separate fights over five hours. The World Cup finals of hand-to-hand combat. Written by Anonymous
Also known as: Choke (on a region-free DVD). 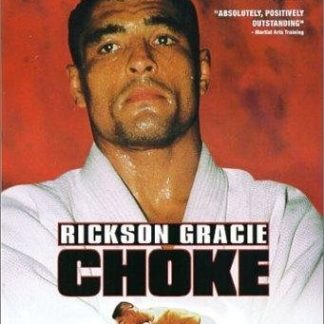