5.7
Director: David Lowell RichWriters: Judith ParkerStars: George C. Scott, Jacqueline Bisset, Melissa GilbertSummary: A 19 year old girl suddenly finds herself pregnant. Not wanting to face motherhood or dealing with the consequences of a child, she contemplates an abortion without the knowledge of her boyfriend. However, her father, a retired 62 year old judge discovers her situation and is strongly opposed to abortion in principle. However, he soon finds he has to re-examine his own beliefs as his younger 38 year old second wife suddenly announces she is also pregnant. The two, when first married, agreed that there would be no additional children. This accidental pregnancy is unacceptable to the older man who cannot see him being involved in a young child's life. In the end, all three must make choices. Written by John Sacksteder <[email protected]>
Also known as: Choices (on a region-free DVD). 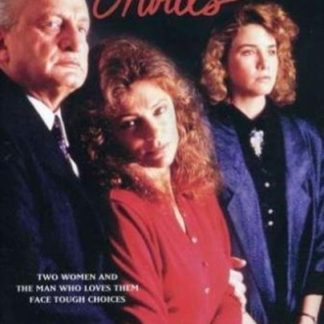