This sale is for Cheering Section (1977) starring Rhonda Fox on DVD.

4.8
Director: Harry KerwinWriters: Wayne Crawford, Harry KerwinStars: Rhonda Fox, Tom Leindecker, Patricia MichelleSummary: At Sherwood High School, Corey Peterson and his friends are typical and sex-hungry football players whom chase after their cheerleader girls in between classes and football practice. When Corey meets and falls for Melanie Jackson, the new transfer student, he soon learns that Melanie is the daughter of the new football coach, whom disapproves of any guy dating his daughter. Coach Jackson then subjects Corey to severe coaching which borders on physical abuse in his attempts to keep Corey away from his daughter. However, Coach Jackson privately tells Corey that if he leads the team to victory at the championship game, he will give Corey permission to date Melanie. Meanwhile, Corey and the rest of the team are engaged in a prank war with the rival Brookfield High School whom they are playing in the big game. One player, Jeff, makes a secret bet with the Brookfield players; the football team that wins gets to party with the cheerleaders of both teams. Written by Larry B.
Also known as: Cheering Section (on a region-free DVD). 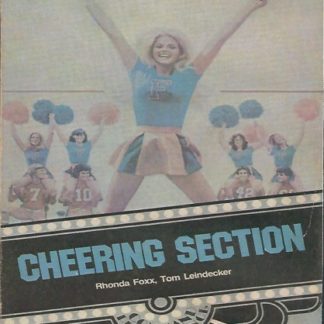