This sale is for Castelul din Carpati (1981) with English Subtitles on DVD.

7.1
Director: Stere GuleaWriters: Nicolae Dragos, Mihai StoianStars: Maria Banica, Avram Besoiu, Ion CaramitruSummary: In late 1800s, a Transylvanian revolutionary, Frâncu Slatineanu, fighting for the civil rights of all Transylvanians, regardless of their ethnic origin, is forced to evade the Imperial authorities by fleeing to Italy. On the ship taking him to Italy, the revolutionary meets the world-famous soprano Stilla and her impresario. Unknown to him, Imperial secret agent Friecke is shadowing him. The opera singer's concern is that of losing her voice. Therefore, she accepts the offer of inventor Orfanik to have her voice and image recorded for posterity. The recording equipment is financed by an Italian-based Transylvanian nobleman named Radu Gorj. He owns a sizable fortune and a castle in the Transylvanian mountains. At the Napoli Opera House, where the beautiful Stilla performs, Transylvanian revolutionary Frâncu Slatineanu, nobleman Radu Gorj and inventor Orfanik meet to admire the singer but also to discuss Transylvanian politics. Later on, at a soiree organized by Countess Dora D'Istria, ... Written by nufs68
Also known as: The Carpathian Castle (on a region-free DVD). 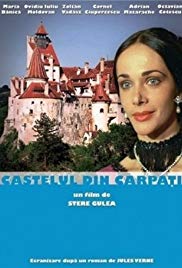