This sale is for Broken Rainbow (1985) starring Martin Sheen on DVD.

7.0
Director: Victoria MuddWriters: Maria Florio, Victoria MuddStars: Martin Sheen, Buffy Sainte-Marie, Burgess MeredithSummary: Examines the history leading to the passage of P.L. 93-531, in 1974, to force the relocation of 10,000 Diné (Navajo) from Hopi land. Behind the scenes, argues the film, it was all about mining rights as Peabody Coal used the Hopi tribal council through its attorney, John Boyden, to evict Diné families who had lived in peace with Hopi people for centuries. As context, the film discusses the Long Walk, arbitrary reservation boundaries, the advent of Indian schools, the formation of compliant tribal councils, excavation contracts for coal, uranium, oil and natural gas that paid impoverished tribes pennies on the dollar, and the apologetics of elected officials, including Mo Udall. Written by <[email protected]>
Also known as: Broken Rainbow (on a region-free DVD). 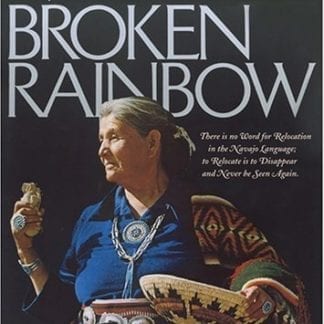