This sale is for Borsalino and Co. (1974) with English Subtitles on DVD.

Director: Jacques DerayWriters: Pascal JardinStars: Alain Delon, Riccardo Cucciolla, Daniel IvernelSummary: It's the early 1930s. Working their way up the ladder largely on chutzpah, Roch Sifreddi and François Capella, who became best friends in their unlikely partnership, have risen to the top of the organized crime world in Marseilles. Shortly after reaching the top, Capella is murdered. Sifreddi eventually learns that the murder was orchestrated by international businessman Giovanni Volpone, new to Marseilles from Italy, he whose ultimate goal is to take control of the city in all aspects, legal and illegal. While Sifreddi sees Volpone's action as the start of a gangland war, Volpone has other thoughts in sending a longer lasting message to Sifreddi and others who may want to fill his shoes. Volpone has specific reasons for wanting Marseilles, it a war he will want to wage in most of the western world to reach his end goal. Standing by Sifreddi in this war is Lola, a former prostitute friend to both Sifreddi and Capella, she who was Capella's girlfriend at the time of his death, and ... Written by Huggo
Also known as: Blood on the Streets (on a region-free DVD).

Be the first to review “Borsalino and Co. (1974) with English Subtitles (DVD)” Cancel reply 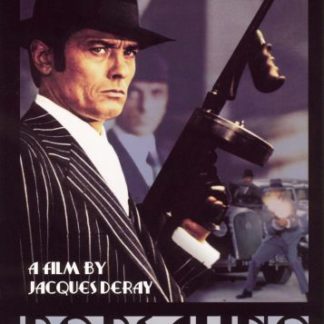