View cart “Fists in the Pocket (1965) with English Subtitles on DVD” has been added to your cart.


This sale is for Bonnie Prince Charlie (1948) starring David Niven on DVD.

5.2
Director: Anthony Kimmins, Alexander KordaWriters: Clemence DaneStars: David Niven, Margaret Leighton, Morland GrahamSummary: In 1743, James Francis Edward, Prince of Wales, son of deposed King James II of England and Ireland and VII of Scotland decides he is too old to return to England to reclaim the English, Scottish and Irish crowns. Living in exile in continental Europe, he summons his son Prince Charles Edward Stuart to name him Prince Regent and entrust him with the task of reclaiming the crowns from the sitting monarch, King George II. During the succession debacle, the House of Stuart received the support of their Catholic subjects, while King George II of the House of Hanover had the support of the Protestants. Catholic France supported the House of Stuart's claim to the English, Scottish and Irish thrones. In 1745, Prince Charles Edward Stuart, affectionately known as Bonnie Prince Charlie and The Young Pretender, is finally sent to Scotland with French support to reclaim the throne from George II for the House of Stuart. With a warship and seven companions, Prince Charlie lands on a Scottish ... Written by nufs68
Also known as: Bonnie Prince Charlie (on a region-free DVD). 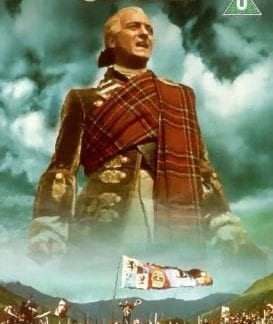