Body Without Soul (1996) with English Subtitles on DVD


This sale is for Body Without Soul (1996) with English Subtitles on DVD.

6.5
Director: Wiktor GrodeckiWriters: Wiktor GrodeckiStars: Vaclav Cernogursky, David, JardaSummary: Documentary look at doomed male prostitutes in Prague, ages 15 to 18, who troll at the public swimming pool, the train station, a video arcade, and a disco. After the boys talk about how they got in the game, the camera follows them to the home of Pavel Rousek. Under the name Hans Miller, he makes gay porno videos, primarily for German distribution. Intercut with a movie shoot chez Rousek is an interview that follows him to his day job at a morgue, where he performs an autopsy as he talks about his work. The sex is without protection; the boys are without family. They talk about their bodies and souls, money, their sexual orientation, AIDS, their dreams, and death. Written by <[email protected]>
Also known as: Body Without Soul (on a region-free DVD). 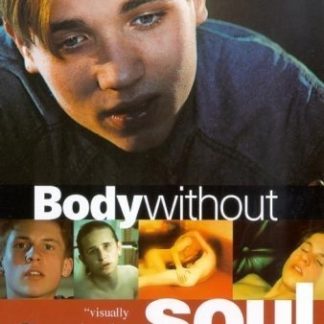