This sale is for Blood Slaves of the Vampire Wolf (1996) starring Conrad Brooks on DVD.

3.1
Director: Conrad BrooksWriters: Don MillerStars: Conrad Brooks, Jennifer Knight, Michael HookerSummary: A young vampire, named Selena, resides in Los Angeles and has her mute lackey Monk hunt down women to kill and drink their blood. Selena brings into her small group Antonio, a hulking wolf-man to assist and further terrorize the people of L.A. In the meantime, a dogged police inspector and a resourceful young woman try to piece together the strange murders and disappearances before more victims turn up. Written by matt-282
Also known as: Blood Slaves of the Vampire Wolf (on a region-free DVD).
Source: imdb.com 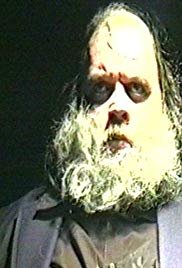