This sale is for Bittersweet Love (1976) starring Lana Turner on DVD.

4.5
Director: David MillerWriters: Adrian Morrall, D.A. KelloggStars: Lana Turner, Robert Lansing, Celeste HolmSummary: Los Angeles based architect Michael Lewis and Russian language instructor Patricia Peterson - "Pete" to her friends - meet and quickly fall in love. Although Michael asked her before the news, they decide to get married after Pete announces that she's pregnant with his child. All these events happen before each has had a chance to meet the other's family. As Pete's La Jolla based parents, Ben and Claire Peterson, are traveling the world and will not be back in time for the wedding, Michael and Pete decide to hold the ceremony in Vancouver, where Michael grew up and where his parents, Howard and Marian Lewis, still live. Of the four parents, the one person who is seemingly not happy with what is transpiring in their children's lives is Claire, her uneasiness strengthened when she finally meets Michael for the first time far along into Pete's pregnancy, and views the wedding photographs. Her uneasiness is due to a long held secret she's been keeping, that secret which is now tearing her... Written by Huggo
Also known as: Bittersweet Love (on a region-free DVD). 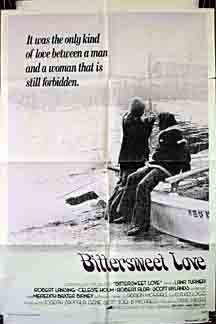