Beyond the Reef (1979) starring Dayton Ka’ne on DVD


This sale is for Beyond the Reef (1979) starring Dayton Ka’ne on DVD.

4.5
Director: Frank C. ClarkeWriters: Louis LaRusso II, James CarabatsosStars: Dayton Ka'ne, Maren Jensen, Kathleen SwanSummary: Tikoyo lives by the Bora Bora lagoon in the South Pacific, where he found a man-eating tiger shark when it was an orphaned baby, just a foot long. He named it Manidu, and it grew to be sixteen feet long. Tikoyo believes that his companion houses the soul of a wise old man, and helps him guard the sacred black pearls in the lagoon. In fact, Manidu does protect Tikoyo and his girlfriend Diana, only eating those who are their enemies, or who seek to destroy their environment, or steal the pearls.
Also known as: Beyond the Reef (on a region-free DVD). 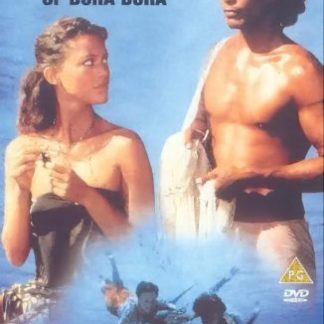