Bedevilled (2010) with English Subtitles on DVD


This sale is for Bedevilled (2010) with English Subtitles on DVD.

Director: Cheol-soo JangWriters: Kwang-young ChoiStars: Yeong-hie Seo, Seong-won Ji, Min-ho HwangSummary: Hae-won is a beautiful single woman in her thirties who works at a bank in the Seoul city. She leads a busy life until she becomes a witness to an attempted murder case, and at the same time, things get complicated at work. When things get out of hand she is forced to take a vacation so she heads for 'Moodo', a small undeveloped island, where she had once visited to see her grandparents. And where she had befriended a girl named Bok-nam who stills writes to Hae-won asking her to visit despite the fact that Hae-won never bothered to reply. Upon arriving at the island, Hae-won is shocked to see everyone treating Bok-nam like a slave. As practically the only young woman on the island, she is a plaything for all the men and a free laborer for the women. Sick of all the inhumane treatment, Bok-nam had tried to escape the island several times in the past but had failed each time. She begs Hae-won to help her escape the place, but Hae-won remains indifferent not wanting to be involved in ... Written by Fine Cut
Also known as: Kim Bok-nam salinsageonui jeonmal (on a region-free DVD). 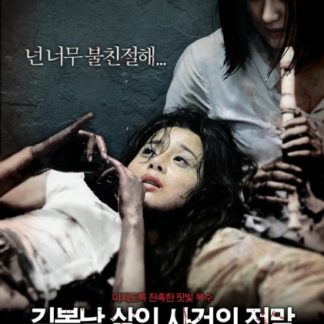