Assault on the Wayne (1971) starring Joseph Cotten on DVD


This sale is for Assault on the Wayne (1971) starring Joseph Cotten on DVD.

6.4
Director: Marvin J. ChomskyWriters: Jackson GillisStars: Joseph Cotten, Lloyd Haynes, Dewey MartinSummary: At the height of the Cold War, the U.S. Navy nuclear submarine U.S.S. Wayne, commanded by Captain Phil Kettenring, is dispatched to a secret mission involving scientific tests. On board is Dr. Dykers, who is supposed to conduct the secret scientific tests. Commander Kettenring doesn't know that secret Communist Agents impersonating U.S. Navy crew members are also on board.Their mission is to sabotage the American submarine and to steal the experimental anti-ballistic missile guidance system.The Communists have set a trap in mid ocean for the U.S.S. Wayne. As the problems start, Captain Kettenring falls ill, Dr. Dykers becomes agitated and difficult, and the crew begins to lose faith in their commanding officer. The mission is in danger unless Captain Kettenring can discover who the enemy agents on board are. Written by nufs68 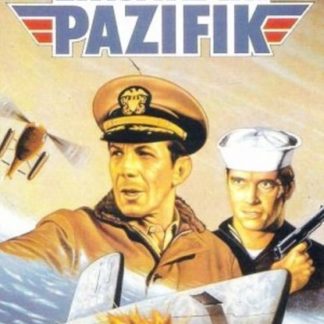