This sale is for Ardent Summer (1973) with English Subtitles on DVD.

5.5
Director: Armando BoWriters: Armando BoStars: Isabel Sarli, Jorge Barreiro, Hugo MújicaSummary: Don Martin Sotomajor, owner of a large farm in southern Argentina, having witnessed a striptease of Barbara (Isabel Sarli) in the city and having fallen in love with her. He has her kidnapped by Juan and Berto. The two, captures the woman, kills her husband Raul and embark on the long journey, during which Berto violates her. At the farm Don Martin is a true tyrant who, whipping or killing, turns to his family and workers wishes. Forced to marry the ferocious master. she tries to conquer her stepchildren; but Berto is massacred and Juan is forced to flee wandering like a hunted beast. Not being able to count on the workers, she ends up doing the revenge alone: killed her husband and his defenders, is finally reached by Juan.
Also known as: Ardent Summer (on a region-free DVD).
Source: imdb.com 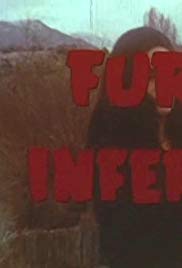