Angel of Death 2: The Prison Island Massacre (2007) with English Subtitles on DVD


This sale is for Angel of Death 2: The Prison Island Massacre (2007) with English Subtitles on DVD.

Director: Andreas BethmannWriters: Andreas BethmannStars: Lina Romay, Natascha Farrel, ManoushSummary: Group of villains kidnapped girls for prostitution and forwards them to the island prison, where every day sexually humiliate and torture them in many ways, and sometimes kill them. Commands on the island an old lesbian Mrs. Steele. After another naive woman, vote on the road to complete her collection of arrested girls in prison started this mess. First, the two girls ran away, and then landed on the island trio that wants to destroy the whole shebang and release the captives. They have their own, working with security, who tries not to arouse suspicion from criminals (it turns out he has to put it mildly, not very). And the island is full of deadly fauna (spider-killer) and traps scattered everywhere. Written by lament
Source: imdb.com

Be the first to review “Angel of Death 2: The Prison Island Massacre (2007) with English Subtitles on DVD” Cancel reply 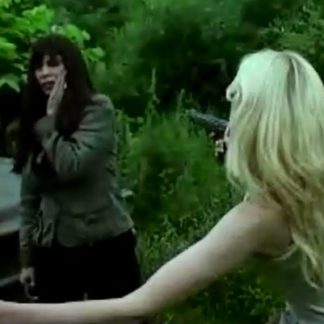