Andromedia (1998) with English Subtitles on DVD


This sale is for Andromedia (1998) with English Subtitles on DVD.

4.7
Director: Takashi MiikeWriters: Itaru Era, Masa NakamuraStars: Hiroko Shimabukuro, Eriko Imai, Takako UeharaSummary: Mai and her friends have an inseparable bond since childhood. But as of late, their friendship is questioned when their romantic relationships get in the way of others. But before Mai can make amends, she is unfortunately killed in a traffic accident. Distraught with her death, Mai's father implements his ongoing research of recording a person's memory into a microchip. His years of work finally pay off and Mai is alive again--through a computer. But trouble soon brews when a large corporation sends some thugs to retrieve Mai and the technology by forcible means. But before they can get to Mai, her father luckily safe havens her into her former boyfriend's laptop. Now the chase is on for the laptop and Mai's boyfriend and former friends have to run to keep her safe. Written by Sujit R. Varma
Also known as: Andromedia (on a region-free DVD). 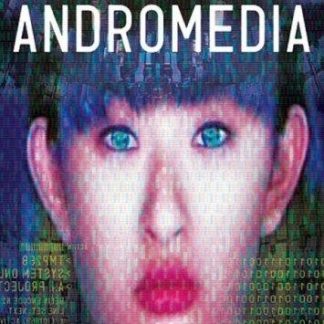