This sale is for American Roulette (1988) starring Andy Garcia on DVD.

4.3
Director: Maurice HattonWriters: Maurice Hatton, Pablo NerudaStars: Andy Garcia, Kitty Aldridge, Guy BertrandSummary: Carlos Quintas, the democratically-elected president of an unnamed South American country, has been deposed by a military coup. He is in London, the head of a government in exile, rallying international support. He is also a poet of talent and reputation, in love with Kate, his assistant, who has a secret of her own and keeps Carlos at a distance. The generals have a team of professionals in London bent on kidnap and assassination. Hovering around Carlos are two Russians, who may be KGB, an American book publisher, who may be CIA, an elusive Brit, probably from her majesty's secret service, and his own few supporters. Is Carlos doomed? Whom can he trust? Written by <[email protected]>
Also known as: American Roulette (on a region-free DVD). 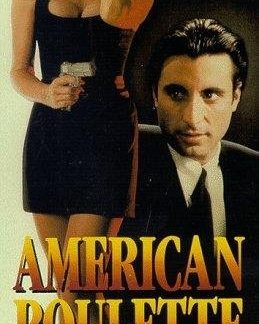