Alice in Wonderland (1903) with English Subtitles on DVD


This sale is for Alice in Wonderland (1903) with English Subtitles on DVD.

6.3
Director: Cecil M. Hepworth, Percy StowWriters: Lewis Carroll, Cecil M. HepworthStars: May Clark, Cecil M. Hepworth, BlairSummary: Alice dozes in a garden, awakened by a dithering white rabbit in waistcoat with pocket watch. She follows him down a hole and finds herself in a hall of many doors. A key opens a small door: eventually, she's through into a garden where a dog awaits. Later, in the rabbit's home, her size is again a problem. She tries to help a nanny with a howling baby, then a Cheshire cat directs her to a tea party where the Mad Hatter and March Hare dunk a dormouse. Expelled from the party, Alice happens on a royal processional: all the cards in the deck precede the Queen of Hearts, who welcomes then turns on Alice and calls on the royal executioner. Alice must run for her life. Written by <[email protected]>
Also known as: Alice in Wonderland (on a region-free DVD). 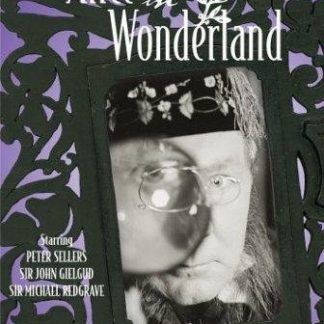