This sale is for After Sundown (2006) starring Susana Gibb on DVD.

2.5
Director: Christopher Abram, Michael W. BrownWriters: Christopher AbramStars: Susana Gibb, Reece Rios, Natalie JonesSummary: "AFTER SUNDOWN" is an action-packed story of a young woman who uncovers a dark secret that has been laid dormant for centuries. Before she can even comprehend her discovery, she is plunged into a gory battle with a predatory vampire from the American Old West, who is in search for his vampire offspring that was taken from him so long before. He will stop at nothing and devour all whom try to stand in his way but with each bite he will recruit another undead soldier to serve him... With the help of Texas locals, the woman leads the fight in a wild clash against the vampire and his undead army to regain control of the human race and send the evil creatures straight to Hell! Written by Charys Caldarella
Also known as: After Sundown (on a region-free DVD). 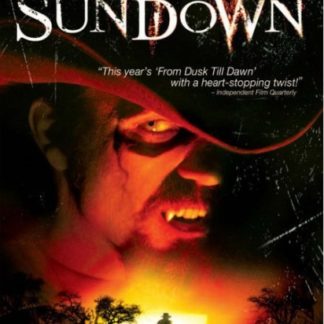