View cart “Finest, the brave Falcon (1976) with English Subtitles on DVD” has been added to your cart.


This sale is for Adventures of Captain Fabian (1951) starring Errol Flynn on DVD.

5.6
Director: William Marshall, Robert FloreyWriters: Errol FlynnStars: Errol Flynn, Micheline Presle, Vincent PriceSummary: In 1860, a New Orleans French Creole maid, Léa Marriotte, is tired of her lowly social status and dreams of being wealthy. She gets romantically involved with wealthy playboy George Brissac whose influential clan controls much of the region. However, George Brissac is engaged to marry rich and spoiled New Orleans socialite Cynthia Winthrop. Wanting to cast Léa aside, George Brissac has her arrested on charges of murder, after a violent confrontation between Léa and house servant Phillipe ends-up with Phillipe being accidentally killed. Léa's fate seems to be sealed after a short trial biased by false testimonies and fabricated evidence. However, she is saved by sea captain Michael Fabian who intercedes in her behalf with the local magistrate. He even buys a tavern for Léa in order to provide her with a source of income and better social status. Nevertheless, Léa is not romantically interested in Michael Fabian. Instead, she continues to pursue the wealthy George Brissac. Her ... Written by nufs68
Also known as: Adventures of Captain Fabian (on a region-free DVD). 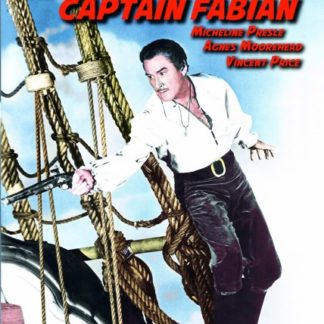