This sale is for Adventures in Silverado (1948) starring William Bishop on DVD.

6.3
Director: Phil KarlsonWriters: Kenneth Gamet, Tom KilpatrickStars: William Bishop, Gloria Henry, Edgar BuchananSummary: "Into California's 1880 frontier country rides Robert Louis Stevenson (Edgar Barrier), the novelist, looking for story material 'in a land of stage-drivers and highwaymen', and soon finds it when Bill Foss ('William Bishop(I)') arrives in the mining town of Silverado with a new stagecoach." Foss barely breaks the city limits before he is challenged to a race by Zeke Butler (Forrest Tucker) , stage driver for the town's established stage-line operated by Jeannie Manning (Gloria Henry). During the race, Foss's coach is forced off the road and his best team-horse is injured. Doctor Henderson (Edgar Buchanan), noted for his philanthropies to the local miners, advises Foss he can't run his horse for some time to come, and Foss takes a job with Jeannie, hauling water to Squatter's Flats, a desert waste which requires irrigation. Later, Zeke, carrying gold from Last Dog Ditch Mine to Silverado is robbed by a mysterious bandit called The Monk,and he suspects Foss. To clear himself, Foss ... Written by Les Adams <[email protected]>
Also known as: Adventures in Silverado (on a region-free DVD). 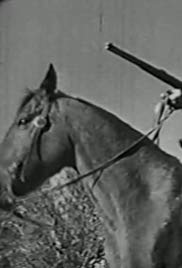