This sale is for Adolf Hitler: The Greatest Story Never Told (2013) with English Subtitles on DVDR.

You only receive the movie, without any artwork.

7.5
Director: Dennis WiseWriters: Dennis WiseStars: Eva Braun, Winston Churchill, Charles de GaulleSummary: Adolf Hitler, born in Braunau, one man who will change the history of the world forever. It follows his childhood to the death of his mother and his broken ambition to become an artist, then further to his entry into politics. His service in the army, accolades, his writing Mein Kampf, politics and most importantly Germany's revival are well explained followed by WW2. It also covers the effect on Germany's after the WW2 defeat up until the fall of the Berlin Wall. Written by Anonymous
Also known as: Adolf Hitler: The Greatest Story Never Told (on a region-free DVD).

Be the first to review “Adolf Hitler: The Greatest Story Never Told (2013) with English Subtitles on DVD” Cancel reply 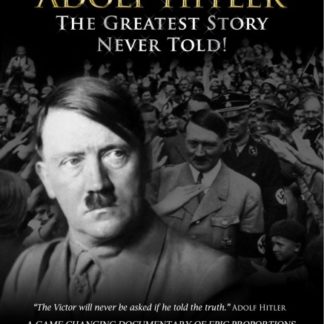