Above and Beyond (1952) starring Robert Taylor on DVD


This sale is for Above and Beyond (1952) starring Robert Taylor on DVD.

6.9
Director: Melvin Frank, Norman PanamaWriters: Melvin Frank, Beirne Lay Jr.Stars: Robert Taylor, Eleanor Parker, James WhitmoreSummary: 1943. In viewing an act of subordination, Maj. Gen. Vernon C. Brent of the US Air Force decides to take a chance in appointing Lt. Col. Paul Tibbets, the said insubordinate, to lead the testing of a new long range bomber, Boeing's B-29, for use in military service, as the plane operates like a dream in ideal conditions, but is known to be a deathtrap in extreme conditions often faced by the military. The General has a long term plan about which he does not inform Paul at this stage, but which is designed as a preemptive measure designed to end the war, the Allieds who seem to be losing: drop an atomic bomb, which is being developed in a top secret mission called the Manhattan Project, on a major Japanese city. While the testing of the bomber is a dangerous mission in and of itself, each progressive step along the way to the end goal becomes increasingly dangerous and difficult. When the team, including the Manhattan project researchers, come together at Wendover Air Force base in Utah... Written by Huggo
Also known as: Above and Beyond (on a region-free DVD). 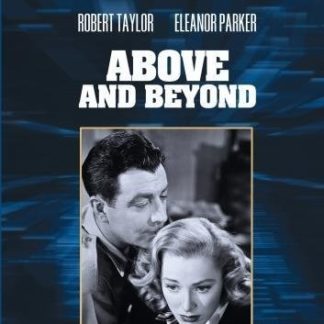