A Tale of the Wind (1988) with English Subtitles on DVD


This sale is for A Tale of the Wind (1988) with English Subtitles on DVD.

7.0
Director: Joris IvensWriters: Joris Ivens, Marceline Loridan IvensStars: Joris Ivens, Henxiang Han, Zhuang LiuSummary: This film travels through fantasy and reality as Joris Ivens goes to China to capture the wind. The film reflects the filmmaker's journey from Pour le Mistral (1966), his first film on the wind, to this project, which is his final film. The essay film flows between fantasy and reality moving between the images the filmmaker has made, seen or dreamt about. Combining documentary with Chinese mythology and opera and even Georges Méliès' A Trip to the Moon (1902), Ivens melds culture, landscape and mindscape with breathtaking effect. The old director travels as a boy from his windmill home in erstwhile Holland in a glider made from clothes from a clothesline. We see his journey through life and into the mysticism of the orient in his old age. His memories take us into a humorous, sometimes pensive, magical journey while the film's crew struggles to capture the wind and his breath. Written by Hrishikesh
Also known as: A Tale of the Wind (on a region-free DVD). 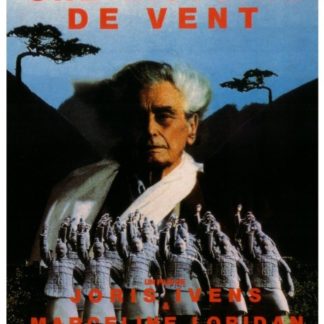