This sale is for A Mother’s Testimony (2001) starring Kate Jackson on DVD.

4.8
Director: Julian ChojnackiWriters: James G. HirschStars: Kate Jackson, Chad Allen, Susan BlakelySummary: Just released from jail, Kenny Carlson is happily received at home by mother Sharon and, after an initial hesitation, by doting kid brother Bobby, while sister Dede looks down on him. Kenny soon gets a job, but the family worries when he arranges for his former prison mate Warren Stubbs to be engaged too, and welcomes him at home. The men become suspects in a senseless nocturnal crime. Written by KGF Vissers
Also known as: A Mother's Testimony (on a region-free DVD). 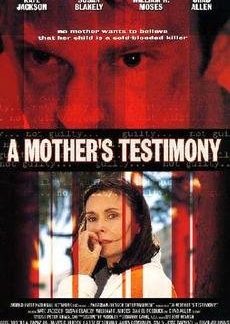