This sale is for A Man Called Intrepid (1979) starring Rochanya Generous on DVD.

6.8
Stars: David Niven, Michael York, Barbara HersheySummary: This mini-series tells for the first time the full story of British Security Coordination, the international allied intelligence agency of World War II, whose work has been a closely guarded secret for the past sixty years. Accounts include top level wartime undercover operations, including the breaking of the German Enigma code, and the race for the atomic bomb. It is a gripping true story of extraordinary personal heroism and sacrifice in the face of war. Written by mahajanssen
Also known as: A Man Called Intrepid (on a region-free DVD). 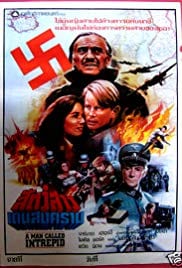