This sale is for A Lonely Cow Weeps at Dawn (2003) with English Subtitles on DVD.

5.2
Director: Daisuke GotôWriters: Daisuke GotôStars: Hôryû Nakamura, Ryôko Asagi, Yumeka SasakiSummary: Noriko, a young widow, lives with her aging and senile father-in-law, Shukichi, who is resisting developers who want to buy his land and cow. Realising that the slightest shock could push him over the edge, she rises before dawn each morning, strips naked in the milking shed and takes the place of his recently deceased prized cow Bessie to pose as the cow and allows Shukichi to milk her instead. Soon enough the old man comes plodding along and attempts to milk her, patting her on the rump with a 'Good Bessie', who in turn gives rather unconvincing moos. Conflict arises when Mitsuko, Shukichi's daughter tries to put an end to this relationship.
Also known as: A Lonely Cow Weeps at Dawn (on a region-free DVD). 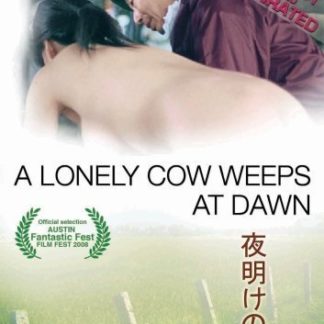