This sale is for A Gunfighter’s Pledge (2008) starring Luke Perry on DVD.

5.4
Director: Armand MastroianniWriters: Jim ByrnesStars: Luke Perry, C. Thomas Howell, Kim CoatesSummary: A escaped prisoner kills the wife and son of a former sheriff, Matt Austin, who sent him to jail long ago. Austin rides in pursuit and locates his quarry in a small town saloon. During the ensuing gunfight, an innocent bystander is shot and the murderer escapes. As a penance, the ex-lawman agrees to help the dead rancher's wife fend off a land baron's attempt to steal her property for its valuable water rights. Written by David Bassler
Also known as: A Gunfighter's Pledge (on a region-free DVD). 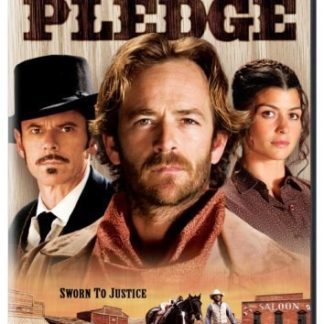