A Generation (1955) with English Subtitles on DVD


This sale is for A Generation (1955) with English Subtitles on DVD.

7.1
Director: Andrzej WajdaWriters: Bohdan CzeszkoStars: Tadeusz Lomnicki, Urszula Modrzynska, Tadeusz JanczarSummary: 1942 in Nazi occupied Poland. Stach lives with his mother in a shanty town outside Warsaw. When he starts working as an apprentice in a small workshop in the nearby suburb, a middle-aged craftsman approaches him. The man is a secret Communist leader, known as Comrade Sekula. He introduces Stach to Dorota, a young political leader in the Organization of Youth Fighters. She tells Stach to form a small resistance group within the organization, and he involves his friends Jacek and Mundek. Without Stach knowing it, the small workshop is an important hub for another resistance movement, the Polish Underground Army. When Stach finds one of their hidden guns, he steals it. With the gun Jacek kills a Nazi officer. Their group is commissioned to support rebellious Jews in the Ghetto. During this mission Jacek is captured by the Nazis, and kills himself. Stach spends the night making love with Dorota. In the morning he goes out to buy some bread for them. When he returns, he sees Dorota being ... Written by Maths Jesperson {[email protected]}
Also known as: A Generation (on a region-free DVD). 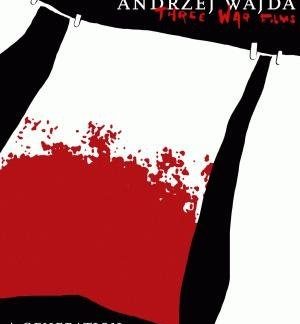