This sale is for A Christmas Family Tragedy (2006) starring N/A on DVD.

5.6
Director: Matt HodgesWriters: Eric Calhoun, Matt HodgesSummary: Explores the Lawson Family Massacre of Christmas Day, 1929. On that day, respected tobacco farmer Charlie Lawson brutally murdered his wife and 6 of his 7 children before committing suicide; the most horrible and mysterious mass murder in North Carolina history. The Lawson murders became immortalized in a classic bluegrass murder ballad, ghost stories, tours of the crime scene, and legends broadcast nationwide. But this southern documentary shows for the first time the true tragedy: the story of the families, the continuing effect it has on the community, and the tragedy of rural domestic violence. Written by Matt Hodges
Also known as: A Christmas Family Tragedy (on a region-free DVD). 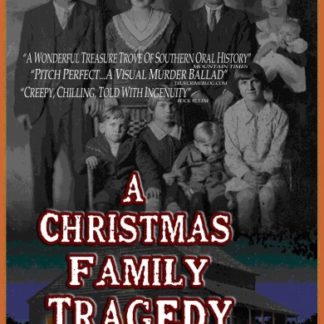