This sale is for A Christmas Carol (1910) starring Marc McDermott on DVD.

6.0
Director: J. Searle Dawley, Charles KentWriters: Charles DickensStars: Marc McDermott, Charles Ogle, William BechtelSummary: The story begins in the office of Scrooge, described as "a wrenching, squeezing, grasping, covetous old sinner." He is visited by the charity workers who want him to contribute to the Christmas funds for the poor. He shows them the door and then declines an invitation from his nephew and the latter's Christmas wishes, because the spirit of Christmas is not with him. After finishing his Christmas Eve's work by scolding his poor humble clerk, Bob Cratchit, he hies him home. At the door we see the knocker change visibly before his eyes to the face of his former partner, Marley, long since dead, and during the night he is visited by Marley who introduces him anew to the long forgotten Spirit of Christmas. The Spirit shows him in successive visions his happy childhood days when he was young and free, the breaking of his engagement to the woman who later marries happily, and then shifting to the present Christmas, shows him Bob Cratchit's humble family enjoying their Christmas dinner, which... Written by Moving Picture World synopsis
Also known as: A Christmas Carol (on a region-free DVD). 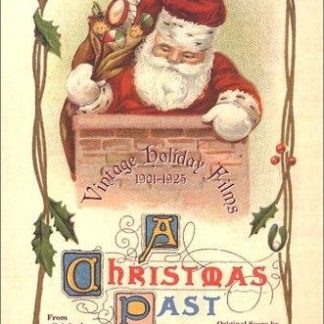