A Burning Hot Summer (2011) with English Subtitles on DVD


This sale is for A Burning Hot Summer (2011) with English Subtitles on DVD.

Director: Philippe GarrelWriters: Marc Cholodenko, Caroline Deruas-GarrelStars: Monica Bellucci, Louis Garrel, Céline SalletteSummary: Frédéric and Angèle are a married couple, he a painter, she an actress of some renown who gave up her career to be with him. She is a woman who most men desire. Struggling actors Paul and Élisabeth, neither who has any money, start to date after they meet as extras on a movie set. Shortly before Paul and Élisabeth met, Frédéric and Paul became friends after being introduced by a mutual acquaintance. By association, all four become friends, especially strengthened when Paul and Élisabeth decide to move into Frédéric and Angèle's spacious apartment in Rome. Following an attempted suicide by Frédéric, Paul reflects on the friendship between the four. Because of physical proximity, they couldn't help but become closer emotionally. So whenever something happened within one of their lives, either directly concerning one or more of the others or not, it couldn't help but affect the other three, the battle lines more often drawn not by couple but by gender. Written by Huggo
Also known as: A Burning Hot Summer (on a region-free DVD). 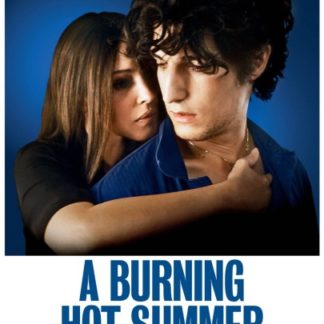