This sale is for A Boy Named Charlie Brown (1969) starring Peter Robbins on DVD.

Director: Bill MelendezWriters: Charles M. SchulzStars: Peter Robbins, Pamelyn Ferdin, Glenn GilgerSummary: Poor Charlie Brown. He can't fly a kite, and he always loses in baseball. Having his faults projected onto a screen by Lucy doesn't help him much either. Against the sage advice and taunting of the girls in his class, he volunteers for the class spelling bee...and wins! Next, it's the school spelling bee. Once again, a winner! Good grief! Now the pressure is on as he is off to New York City for the televised national spelling bee. With Snoopy and Linus present for moral support, can Charlie Brown spell his way to a national championship? Written by [email protected]
Also known as: A Boy Named Charlie Brown (on a region-free DVD). 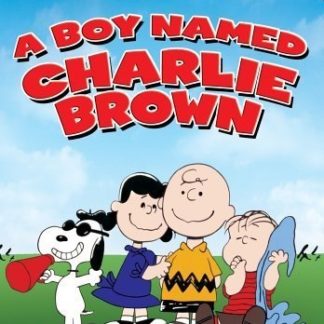